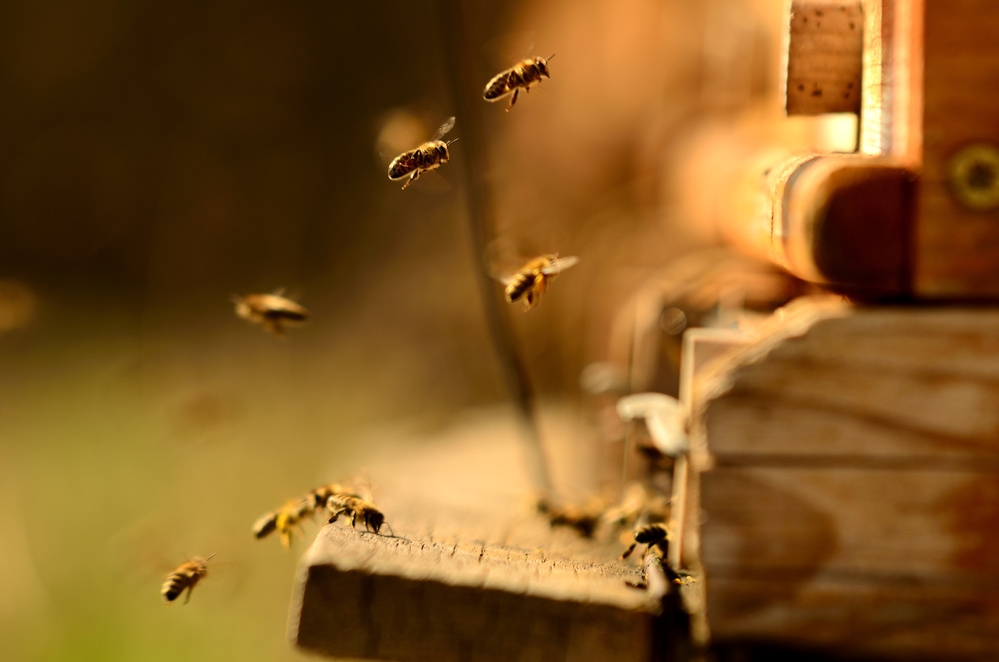 Posted at 09:00h in Bee Removal, Blog by TheBeeGuy 0 Comments

Like a superhero, there’s always an origin story. For Dennis, the Bee Guy, the origin story for the founding of his company Orlando Bee Removal Expert, begins very simply; it begins with bees. And not just a bee, many, many bees!

The story opens with a colony of bees at Dennis’ uncle’s house. Actually, it wasn’t his house; it was a shed. There were tons of bees in the shed, and his uncle and him tried to get rid of these bees. They spent hours working on this.

They tried everything to get rid of the bees. They even sealed them into the walls with expanding foam. Little did Dennis know that bees could eat through that foam in 24 hours. Which means the next day, there they were. The bees were back.

Dennis found these bees so interesting, and he played around with them for a year or so. Now, looking back, it’s weird to think he tried to seal them in, essentially trying to kill them. 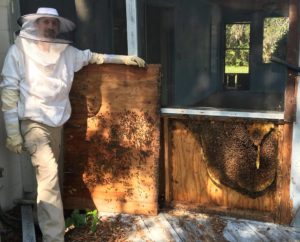 This was the question that he was left with. He kept stumbling across the same messages when looking online:

He was driving one day and saw a guy with a sign on his car that said he could remove bees. He ended up calling him and talking. It turns out; this beekeeper was also a neighbor! As Dennis said, “He was a cool, hippy dude.”

Becoming The Bee Guy: A Beekeeper

There were tons of bees and hives everywhere. They walked up to them. Bees were flying out of the hives, going around their heads. He showed Dennis how nice bees were, put his hand on a hive; and grabbed a handful of bees and put them on the hive.

He said he would help Dennis get rid of the bees from the shed. And they were off! That was the first removal that Dennis was ever a part of. He kept the bees from the shed in the backyard. This beekeeper-friend brought over more bees. Soon, Dennis’ backyard was filled with them. And the beekeeper kept showing up with boxes. “Want more?” he’d ask. “I have more than I can handle.”

About three years went by; in that time Dennis learned all about taking care of bees. In that time, he had tried a few removals. In that time, in the honing of his craft, Dennis became the Orlando bee removal expert and the bee guy!

He put an ad on Craigslist (and sure enough) the phone started ringing – and ringing off the wall. The business began to grow.

Now, as an Orlando bee removal expert, Dennis, the Bee guy, performs about 3 to 5 removals a day. Each removal can take anywhere from 3 to 5 hours.

If you need an Orlando bee removal expert, then give Dennis a call. He has the experience and passion you need in removing all bees.